The PowerAddon solution is so simple, even junior marketing specialists can create successful campaigns and processes using the drag and drop feature.To launch the marketing automation tool, click on the PowerAddon button in the Dynamics 365 menu.

The PowerAddon tool will open, then select PowerMenu and click on the Designer List. The platform will open the workflow management page created with the Evolution Builder tool. As this is the first workflow you are creating, the list will initially be empty. Now click on “Create a Designer” in the upper right corner (see image) to create the first workflow.Once you have access to the Designer, an empty page will appear that you can use to build a chain of actions and reactions based on your marketing process.To simplify, we have created a process. This process was created using the Evolution Builder application. In the next points we will analyze the single objects in the flow.

2. A second icon linked to the previous one describes the process of sending Newsletters and gives the user a series of reports related to sent emails:

• Clicks: interactions with the email (for example, clicks on links, attachment downloads and navigation);

• Unsubscribes: users who have decided to delete their email address from the list and therefore no longer wish to receive marketing materials;

3. No Action: none of the actions previously described (it can be deduced that the recipient received the email but did not carry out any actions)

4. At this point you can already sort users, separating those who have shown interest from those who were uninterested. We will therefore have a new Marketing List composed of all those who opened (Opens) or interacted with the email (Clicks).

5. The fourth icon, Wait, allows you to set a default time window (e.g. 3 days) within which the platform triggers the next action (here is an example to better clarify the concept: let’s imagine offering a promo within our newsletter that can only be taken advantage of if the user is in the Marketing List of step 3, together with the imposed time limit, thus implementing further segmentation).

6. After the segmentation in step 4, proceed with another Newsletter dedicated exclusively to all customers listed in the new Marketing List (defined in point 4). As before, we will be able to access all the reports related to the emails sent:

7. In doing so, you’ll only analyze the user/email interactions of a select audience.

This is a perfect example of how a new process is created within the new world of the Evolution Builder.This is just a first article on this new product released within the PowerAddon suite.

How to adapt Email Marketing in an omnichannel view | Dynamics 365

Reach your customers at any time wherever you are in a simple, secure and analytical way, if your goals are to manage the Digital Marketing communication and grow your business, we are the ideal solution for you! Email your newsletters, which will always be delivered successfully thanks to the Spam test.
Try today for free

the first digital marketing tool that is fully integrated with Microsoft Dynamics 365,which allows you to quickly and easily manage your digital communications 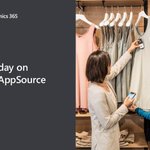 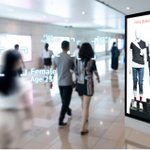 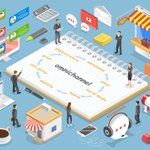 In this first webinar the PowerAddon team will let you discover the basic features of the product. You’ll find out how to organize a Grip Marketing Campaign quickly and easily. @poweraddon #emailmarketing #marketingautomation #msdyn365

Discover the PowerAddon platform in this Live Webinar organized by our team. We will talk about the following topics: -How to install PowerAddon on Cu... 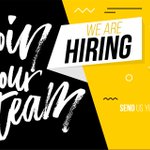